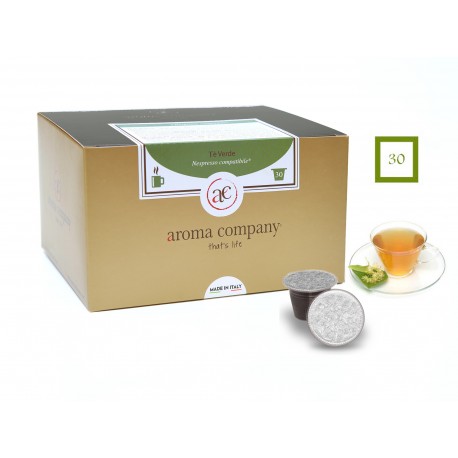 It has a fragrant aroma and enveloping.

It is known that green tea: reduces levels of bad cholesterol, triglycerides, protecting with this function the cardiovascular system.

Green tea (Simplified Chinese: 绿茶; traditional Chinese: 綠茶; lǜchá; Japanese: 緑茶; ryokucha) is a type of tea made up exclusively of leaves of Camellia sinensis (or Thea chinensis) that during processing must not suffer any oxidation. Of Chinese origin, for centuries it has been consumed in various Asian regions, from Japan to the Middle East.

Just recently [When?] has found its popularity also in the West, where traditionally wears mostly black tea. At the global level is the second most common varieties of tea: of 2.5 million tons of tea produced worldwide, 20% is represented by green tea (78% from black tea, Oolong tea 2%).

For several years now there is much talk of green tea products, cleverly offered to consumers as real beauty Elixir, antidotes against aging and so on and so on and so forth. The purported health effects of green tea are tied, for a change, its valuable content in antioxidants, which as we all know, it helps the body to defend against free radicals (reactive molecules involved in cell damage).

Specifically, the green tea antioxidant potential of the drink is associated with high content of catechins in green tea, which account for about 20-40% of dry weight. Among these substances the most abundant is called (-)-Epigallocatechin gallate (EGCG) and is particularly well known for showing strong antioxidant properties and show antimutagenic. Thanks to these characteristics, the EGCG inhibits the growth and proliferation of cancer cells; It also reduces the levels of LDL cholesterol and triglycerides, exercising, for this, a protective action against cardiovascular diseases.

Epigallocatechin aside, the mixture of various substances present in green tea demonstrated a superior antioxidant action than individual components, confirming the now accepted the argument that the individual components are much more active plant compounds isolated and purified.

In a world where the success of a particular food or dietary supplement is increasingly linked to its real or presumed ability anti-aging, cancer, and antidegenerative virtues green tea antioxidants couldn't go unnoticed. In that regard, the Food And Drug Administration has proved cautious, because of conflicting results between different studies. While on the one hand, as did the American institution, one must take note of research that contradict many of the alleged virtues of green tea, on the other hand you can even ignore the growing number of studies that the highlight.

The Japan has imported it from China thousands of years ago and among the many existing varieties, green leaves, in particular, are associated with particular beneficial properties demonstrated by several scientific studies that confirm the actual benefit to the organism.

The only trick is that to see real results you have to drink in large quantities-"affirmative action but bland green tea. You would have to, in fact, drink much throughout the day to be able to have a clear benefit "explained to Vanity fair dietitian Giuliano Jonathan-it being understood that, in any event, are all effects that do not cause damages to the body because the concentrations of methylxanthines (caffeine) are limited:" the best thing to do is drink 3-5 cups per day, this Green tea is an excellent remedy to combat free radicals ", added the expert.

Is last March the announcement of Japanese National Cerebral and cardiovascular Center about the ability of green tea to prevent stroke. According to data provided by Dr. Yoshihiro Kokubo reducing the risk of developing the disease would be in the order of 20%;

Become green tea lovers may be easier than expected. Although at first taste could some be unwelcome, the invitation is to never give up right away. There is a wide variety of flavors ready to make your drink closer to your tastes. It can also be eaten cold, pure or in some of its moolte variations (for example with extract of bergamot or lemon).